The Emperor’s New Clothes – Is Transparency a Good Look? 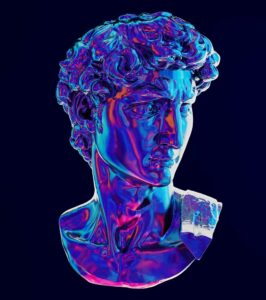 There’s a video1 floating around the Internet of a family, presumably in a rural Chinese village, making toast with a toaster. It begins with a child eating a slice of white bread with two scorched parallel lines in the center. As the camera pans to the woman making the toast, it becomes apparent that she’s placing slices of bread on top of the two-slice pop-up toaster, rather than inside the slots. The cameraman helpfully demonstrates how to insert the bread in the slots, and everyone has a good-natured chuckle because, obviously, that’s a better way to make toast.

While it makes for a funny video, it’s normal for people to use new things in a way they’re already familiar with. Julian Jaynes, American researcher in psychology and author of The Origin of Consciousness in the Breakdown of the Bicameral Mind, puts it this way: “Understanding a thing is to arrive at a metaphor for that thing by substituting something more familiar to us. And the feeling of familiarity is the feeling of understanding.”2 The toaster was a novelty to the family and unlike any other cooking appliance they had seen; so they used it to cook food in the way they were familiar with.

Like placing bread on a toaster, putting a primate picture on an NFT is a quaint use case for  blockchain technology. The phenomenon is a field day for the media; stories of people paying large sums of money for ape illustrations are sensational and click-worthy. The viral popularity of NFTs has spawned whole industries and even conferences like NFT | LA, which I attended thanks to one of the sponsors, METADEV, in April of 2022. I remember strolling through immersive galleries filled with bespectacled ape NFTs and other outlandishly adorned fauna. The pictures were beautiful, in a procedurally-generated cartoony sort of way. Then, the “toaster” moment crystallized ⁠— many people think of NFTs in the same way as they’d consider a unique art piece, because that’s what’s familiar to them. Like fine art, NFTs have value because people decide they have value. But as I shifted to another hall in the expansive Los Angeles Convention Center, adjacent to the Crypto.com arena, I witnessed hundreds of vendors harnessing the power of NFTs in dramatically different and innovative ways. Within these walls there appeared to be much more underneath the blockchain surface.

The NFT frenzy has no shortage of naysayers and critics. They claim that spending any amount of money on an NFT is absurd when people can just copy the picture for free. NFT holders, along with cryptocurrency enthusiasts and Metaverse landowners, have been likened to the characters in “The Emperor’s New Clothes”, a story about a ruler who believes he is wearing a magnificent garment that turns out to be nothing at all. While the story has roots in various cultures dating back to at least the 14th century3, the version that I’ll recap was published by Danish author Hans Christian Andersen in 1837. The tale begins with two swindlers posing as master weavers arriving at the capital city of an emperor who is known for desiring the finest clothing. In their chicanery, the swindlers convince the ruler that they can produce a most exquisite and incomparable garment that also carries a special quality — the fabric appears invisible to people who are stupid or incompetent. Andersen writes, “‘Those would be just the clothes for me,’ thought the Emperor. ‘If I wore them I would be able to discover which men in my empire are unfit for their posts. And I could tell the wise men from the fools. Yes, I certainly must get some of the stuff woven for me right away.’ He paid the two swindlers a large sum of money to start work at once.”4 Shortly after work begins, the Emperor tasks his trusted officials to check in on the progress of the weavers. Upon witnessing the swindlers expertly spinning their looms with no thread visible, the officials consider the consequence of reporting on their alleged stupidity. To save face, they all maintain the illusion that the craftsmanship is unparalleled. Eventually the Emperor himself views the garment and, not wanting to be thought a fool by his officials who all apparently see the garment, he maintains the charade. The swindlers pretend to dress the Emperor in his elegant livery and he commences his planned procession through the city. All of the subjects lining the streets are likewise afraid to confess their stupidity, and they marvel at the Emperor’s wondrous vestments. Then a boy blurts out the obvious. The Emperor is naked. The child’s parents swiftly chide the youngster, and the fragile illusion persists.

The elementary lesson here is to not let pride or fear keep us from acknowledging the truth. Credit is given to the boy, who innocently peers through the illusion that everyone is trying to maintain. But while the image of an Emperor prancing around naked is evocative and shocking, perhaps there’s more to this tale than meets the eye. With a different mindset that eschews the shame and embarrassment of being naked, parading an unclothed Emperor could have positive effects for the welfare and morale of the empire. The people could ascertain first-hand whether he looks healthy and fit for duty. A naked man isn’t perceived to be hiding anything. He displays humility; there’s no clothing to make him seem more elevated than he is. This is the Emperor, the person who controls all affairs of the state — yet here he stands as a mortal, a human like everyone else. Maybe transparency is a good look.

Focusing on the absurdity of an entire city pretending not to see a naked Emperor distracts from the real problems in the tale — the Emperor trusts the swindlers. And the officials feel that they have to trust the Emperor. The bigger story is that trust just doesn’t work. With this perspective, it’s worth revisiting the parallel between the plot of “The Emperor’s New Clothes” and Web3 technologies like NFTs, cryptocurrency, and the Metaverse. Some people claim to see a beautiful Web3 fabric that can usher in a new technological era; others peer through it as if there’s nothing of value. Oh, and there are swindlers. So many swindlers. Critics harp on the malicious actors orchestrating elaborate crypto-Ponzi schemes and devastating rug-pulls. “Wake up, fools!”, these pundits emphatically proclaim, “Crypto is nothing but a con game!”

The thing about con games is that they’re extremely old. As in Biblically old. Laban the Aramean infamously cons Jacob by promising the hand of his daughter Rachel, only to swap his other daughter Leah at the last minute. How does Jacob fall for it? Again it all comes down to a piece of fabric — this time in the form of a veil that conceals the face of his bride. Con-artists are masters of deception, readily adapting any tool for the purpose of executing their thievery. The common thread in all cons involves concealing the truth and gaining a level of trust from the mark. Unfortunately the only defense against cons is to be perpetually aware that you might be a mark, and that isn’t foolproof. The first step to unraveling the web that con-artists weave is to take away their threads. A distributed ledger, like that of the blockchain, can be used to prevent the concealing of information. When implemented correctly, a distributed ledger instantly exposes anomalies that can be verified against a dataset that everyone has equal access to. The next step dispenses with a social construct that humans have relied on for thousands of years — trust.

Trust was a necessary evil before Web3 arrived. It was needed to accomplish tasks that involved multiple people, each of whom had their own self-interest. Without trust, it was difficult to get people with different interests to work together; you had to trust that the other party would honor their word. With trust eventually came middlemen, who were needed to coordinate and enforce reciprocation. This added complexity, opacity, and inefficiencies (and, of course, you had to trust the middleman), but it was the only framework we knew of. Trust was easily exploited by bad actors, and there was no effective way to combat them. That is, until the 21st century. A viable alternative to trust was birthed a couple of decades ago by a mysterious person or group under the pseudonym Satoshi Nakamoto, and it was named Bitcoin. This novel currency enabled multiple parties to work together without having to trust each other or a middleman by making transactions transparent, decentralized, and cryptographically secure.

Unfortunately, Bitcoin and Web3 as a whole face an uphill battle. There are unimaginably powerful and wealthy entities that will do whatever it takes to preserve a financial system that keeps their sinister actions behind closed doors. A prime example yet again involves a product that swindlers have woven — naked shorts. This is the practice of short selling company shares that, like the Emperor’s clothes, do not exist. It’s technically illegal, but it will continue to happen so long as the financial system remains opaque and riddled with loopholes. Meanwhile, policy makers around the globe attack blockchain technology from a different angle. European Central Bank President Christine Lagarde, acting as an economic defender of the people, recently proclaimed, “My very humble assessment is that it is worth nothing. It is based on nothing, there is [sic] no underlying assets to act as an anchor of safety.”5 Like the boy from the tale, she claims that crypto amounts to “nothing”. She, and policymakers like her, feel they are protecting us from the dangers of worthlessness. What about the dangers of naked shorts and the multitude of other schemes that preserve a disproportionate amount of wealth in the hands of the 0.01%? There is no policy or law that those hands cannot bend or break. My own “very humble assessment” is that we need an alternative to policy. Something that effectively exposes and prevents wrongdoing. There are a million ways to do dirty deals behind closed doors. And there are plenty of ways to swindle in the crypto universe. Resisting the former requires that you trust the government and banks to treat you fairly. The latter just needs the right algorithm.

The proliferation of Bitcoin, NFTs, and more specifically the distributed ledger blockchain, represents a pivotal moment in human history. This is the dawn of a new kind of social organization that renounces trust while preserving self-interest. Yes, it’s possible to use this new technology incorrectly or in ways that don’t realize its potential. Many people are doing nothing more than the Web3 equivalent of putting bread on a toaster (and they’re making a ton of money doing it). And as history has shown, swindlers are going to swindle; they’ve found new ways to create confusion and drain their marks to the tune of billions of dollars. But, when implemented correctly, Web3 is an antidote to trust and bad news for swindlers. To illustrate this concept in the context of Andersen’s tale, if the Emperor and his subjects were able to evaluate the validity of the swindler’s fabric, their plan would have unraveled rather quickly. There is a 100% probability that solutions using Web3, blockchain, and DeFi will form the fabric of the new Internet for years to come. Alas, don’t be fooled. Swindlers will continue to sew enchanting Web3 garments with promises of riches and notoriety. But the true power of this new technology lies not in the garment, but in the ability to see what’s underneath it.

Jared Leshin is an author, CMO at METADEV, and founder of hypersuade.co — a Web3-focused creative marketing agency. Read his latest book, Advertising and the Nature of Reality, available on Amazon.

2 Julian Jaynes, The Origin of Consciousness in the Breakdown of the Bicameral Mind, (New York, NY: Mariner Books, 2000), 52.